On Thursday, September 27, 2012, at 10:00 a.m. many gathered for an Unveiling Ceremony of the New Historical Marker for The Statue of Bernardo de Galvez located at the foot of Canal St in the City of New Orleans, Louisiana.

This day celebration was especially significant for both me and my mother Mrs. Frances Jane Henderson a (member of the New Orleans Chapter DAR) because of the important role Governor General Bernardo de Galvez played in our family’s ancestral history.  That story can be seen here in the PBS segment of the history detective titled:  the Galvez Papers

Here are a few photos captured of the day's event. 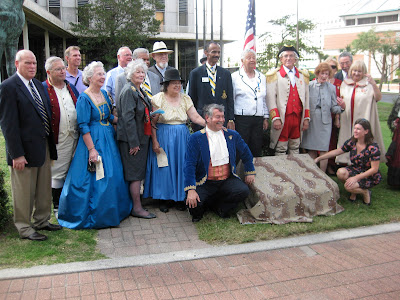 After the Unveiling Ceremony, We all gathered at the Galvez restaurant located in the French Quarter of New Orleans for a few acknowledgments of thanks for the local support and coordination of this successful event.  Here are a few of those photos captured on this day.

Also as a follow-up was an article published by the Louisiana Times-Picayune Newspaper titled see here:

See more on my award-winning Memoir titled: GOT PROOF! My Genealogical Journey Through the Use of Documentation  which links Galvez to my 4th Generation Great Grandparent Agnes Mathieu and Mathieu 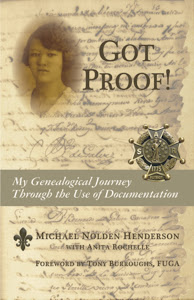